“I fight for the truth and justice in this world of villains. Why oh why there is no one who understands the nobility and chivalry of my intentions! /…/ Yet again and again I just run my head against a wall.”

A windmill is a Mighty Enemy. It is the giant and a unreasonable System; it is the object that inner angst and anger is being poured upon; and the self-destructive / launching part inside us – the branch we are sitting on, while sawing it at the same time.  The mill wheel rotates rumbling on, the circle is repeated again.

A noble-soul artist is addressing personal internal tensions and conflicts in a series of works, recognizing a warrior in herself and in her attitude towards the surrounding. Overwhelmed by great and eternal issues, an a small nut in the Big Engine has been engaged in an unyielding fight to search its place in the Sun. Anger, fatigue, disappointment … in spite of all aspiration and achievements, the windmill will be an ever stronger opponent (incl. concerning artistic expression? relationships? …) – such general human emotions have been refined into schematic drawings (self) of grotesque irony. The drawings are discharged from the wall surface in form of mobile flat animations and sometimes get in touch with a three-dimensional form.

The exhibition will remain open until 2nd of February, 2013.

The exhibition is supported by the Cultural Endowment of Estonia. 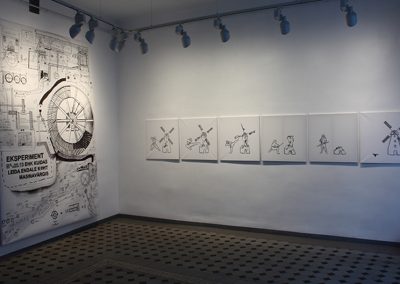 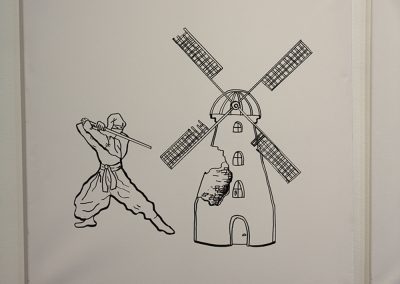 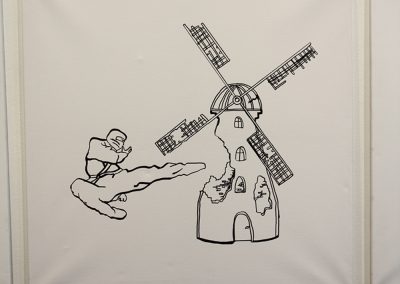 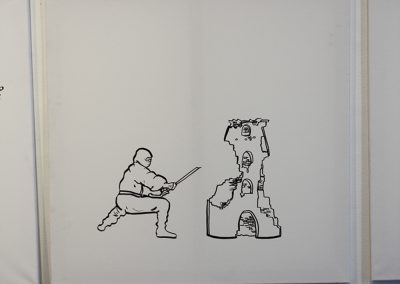 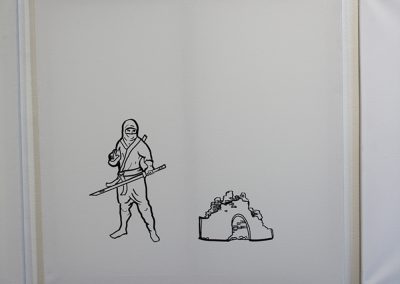 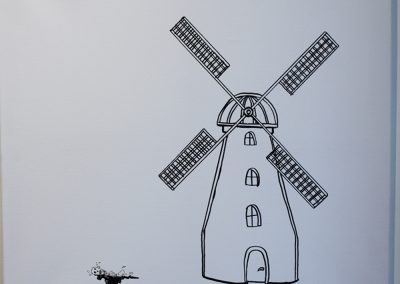 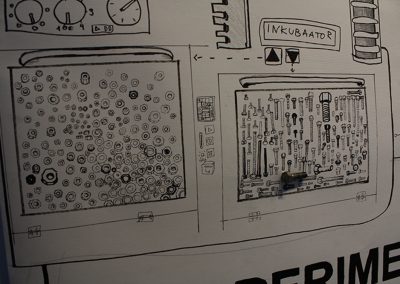 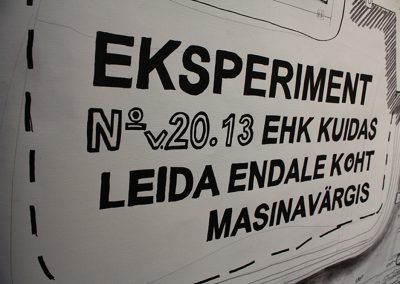 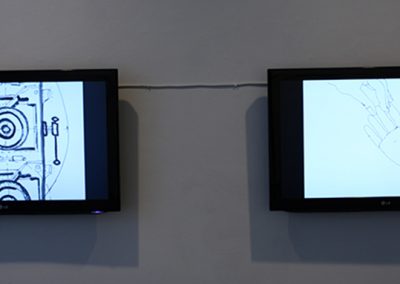 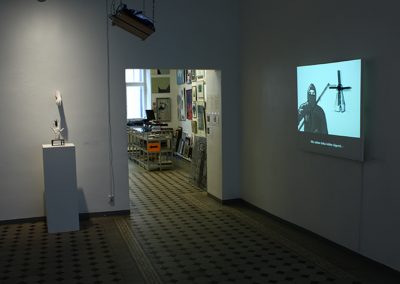 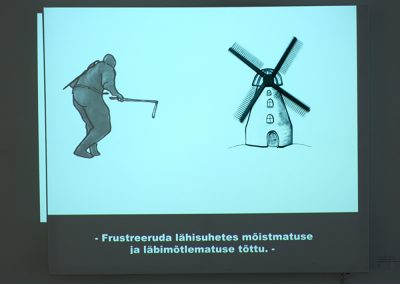 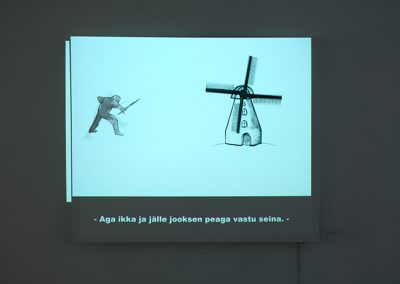